Veronika wanted to be a teacher from her childhood. Despite this she was graduated from Legal Studies at the Charles University. After having her first child, she fell in love with Montessori and her dream job came true. She devoted her career path to being a Primary Montessori teacher.

1. Though originally from the Czech Republic, you have been living in the US for the past few years.
What brings you back to Prague?

I traveled to the US after I finished university and it was there that I discovered Montessori and began my training. When I realized that in the US most internships were unpaid, it was the impetus for returning to Europe. Years later, we then returned to the US to be with my mother-in-law who was ill. I first moved to the US for adventure and then after having my daughter, I missed my family. We have a pattern of following the needs of our families and going where we are needed most.

I really believe that children are children – there is no difference. I loved seeing and meeting people from many different cultures in the US.  But that experience led me to realize that around the world, children form friendships, communicate and discover together.  Children have universal needs and experiencing this firsthand helps me to really apply that knowledge to all children, wherever I am.  My classrooms, my understanding of the child’s needs, and the opportunity to guide those children are the same.

3. You originally obtained a master’s in legal studies. What prompted you to change your career and pursue education?

I wanted to be a teacher as a child. However, my family discouraged teaching as a career path due to income concerns. So, I applied and was accepted to law school, to my family’s delight.  They strongly encouraged me to pursue this path.  I learned a lot through my studies, but I was discouraged by how uninspired I was by the work. I considered quitting but was persuaded to complete my degree.  I was already aware that I would pursue teaching though.  Finishing my degree that many benefits though, especially when I owned my own school.  It gave me a lot of insights into how to manage things. 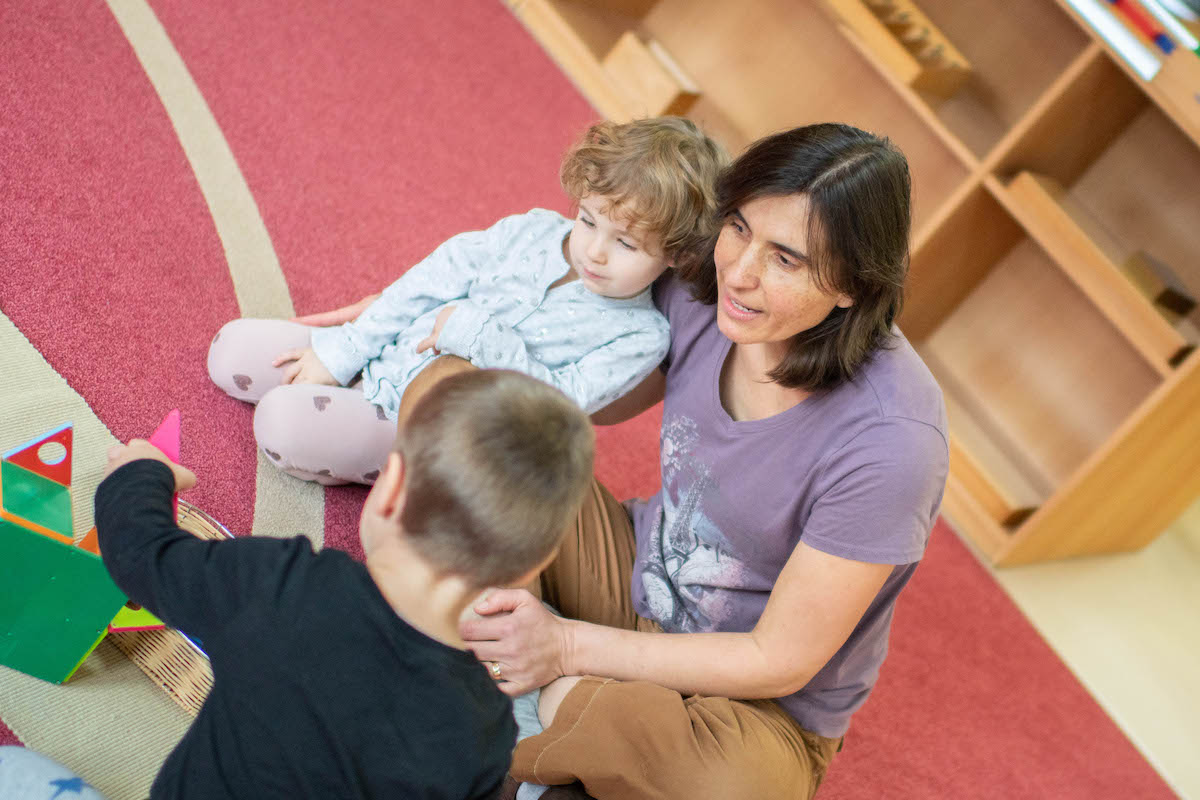 The thing that strikes me the most is how much Montessori is growing in the Czech Republic now. There are two training centers – one AMS and one AMI. There is just a lot more opportunity now than before.

5. What’s the greatest lesson you learned from owning your own school?

I really learned how to do everything – the big tasks but also the small ones.  I opened the school with a friend, and we had a very clear plan for how things would go. But it ended up that we did it all. The greatest challenge I had was finding people who were the right match for the work we were doing.

6. Based on your experiences, what are the biggest advantages of attending a Montessori school, especially in comparison to traditional educational models?

I believe two of the biggest advantages are learning to take responsibility for your actions and learning how to think independently. These stay with you forever.  The materials are great and extremely important, but it’s the construction of one’s self which is key.

7. Do you feel like there is a difference in teaching from when you started in 2005 and now?

I don’t know how much has changed in the world, but I do know that I’ve changed. I’ve grown and am know more aware of my shortcomings and where I need to focus my energies.  I think it’s a change for the better.

8. What did you dream of being when you were a child?

My grandmother was a history teacher and she often taught me through storytelling. I wanted to be a teacher too but, as mentioned, was persuaded to pursue other options.  I don’t think I would have enjoyed a traditional Czech teaching career though, so I believe that my adjusted path ended up working out best for me.

9. You hold the AMS Early Childhood Montessori diploma. Why did you decide to work with this age (3 to 6)?

For me, this age is the foundation for everything. These children have so much potential and grow so much over the three-year cycle. I love to watch their development at this age.

10. Who or what is one of your biggest influences?

My influences change over time. In my training, I was really impressed and influenced by someone who was a great role model. She always asked Socratic questions, forcing me to really examine ideas and offered constructive feedback. I often hear her voice in my head helping me.

11. What does your life look like outside of IMSP?

Outside of IMSP, my focus is on parenting my eight-year-old son!

12. What is a quote you particularly enjoy?

I don’t know if this is a direct Maria Montessori quote or not. But, Phyllis Wallbank, who was a student and close friend of Dr. Montessori, reported that Montessori was annoyed by her celebrity status. Apparently, Dr. Montessori complained, “I point at the child and they look at my finger.” She might have been paraphrasing the expression, “When a wise man points at the moon, the imbecile examines the finger.” Either way, I like the reminder to pay attention to where I’m focusing.

Learn more about our Primary curriculum 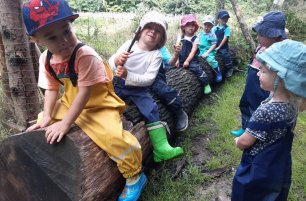 At IMSP we are fortunate enough to have access to a forest right on our doorstep. This offers invaluable opportunities for our toddlers to explore the natural world with the support of their guides. Interaction with the natural environment provides mental and physical health benefits for children and adults alike and allows children to be inspired by the world around them, away from their usual home or classroom environments.

It’s our pleasure to introduce you to this week’s guest on the IMSP podcast series: Diana Peštová. Born and raised in the Czech Republic, Diana now studies language and culture at the University of Amsterdam. Diana catches up with our host, Mariana, as she reflects on how IMSP helped her to think outside of the box. Passionate about writing, singing, and acting, Diana shares how Montessori education allowed her to explore her interests at her own pace. 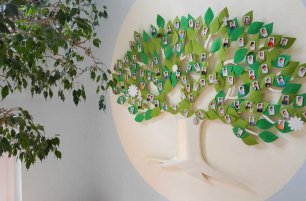 We're excited to celebrate 20 years since IMSP first opened its doors to the Prague community. Two decades spent working with parents, teachers, and staff that share our same passion for holistic education is something we’re proud of. The Montessori method is community-driven, and as we look back on our achievements so far, we want to take time to thank the people that made it all possible. 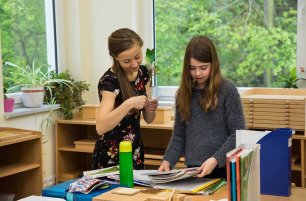 The fundamental aim of Montessori education is to help children become fully-fledged citizens of the world. How do we achieve something so monumental? 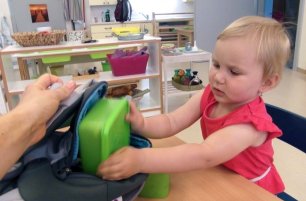 Let´s pack for a trip with your Toddler

Summer is the perfect time for trips and outings. A backpack of their very own is a great gift for an older toddler or a pre-schooler:  It builds their independence and confidence as they actively participate in preparing for each trip, and then carry their necessities by themselves.