Why - and how - we nurture independence in our students

In Montessori education, children’s independence is one of our most important values. We encourage physical indepence through the „Practical Life“ curriculum from earliest childhood. In pursuit of social and emotional independence, we practice mindful self-awareness and conflict resolution, and teach specific „Grace and Courtesy“ lessons. And, of course, our entire educational approach is built on enabling mental independence by giving children choices and control over their own learning.

Dr. Montessori saw the entire human childhood as a quest for the ultimate independence of productive adulthood. We start out as helpless, defenseless infants and gradually learn how to meet our needs, from the most basic (like crawling and walking to get from place to place without relying on others to carry us) to the sophisticated (like choosing a career path and becoming financially independent). 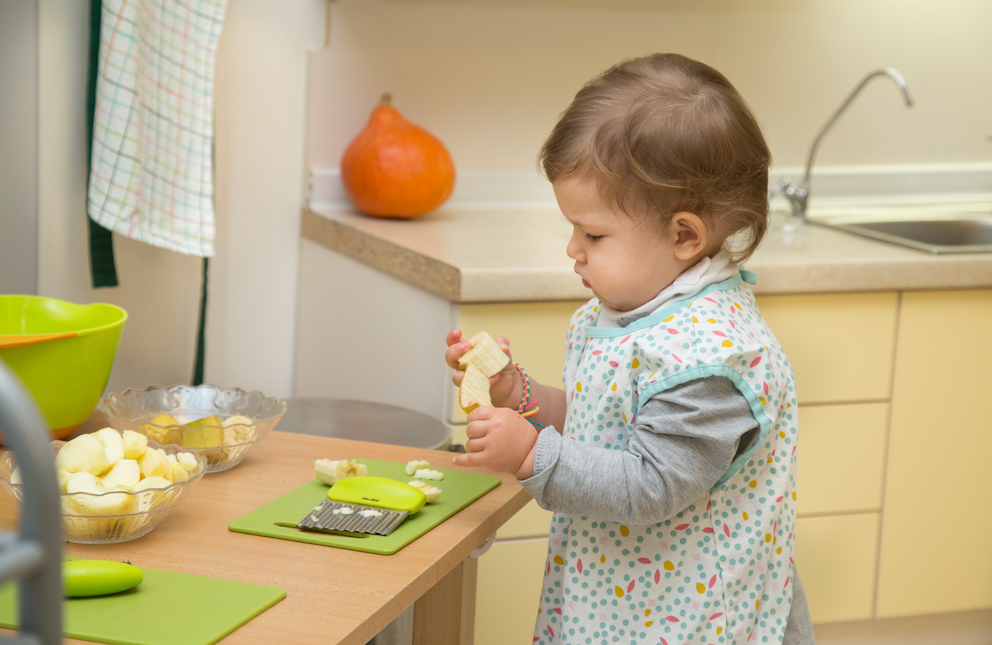 We believe that there is a straight line from early accomplishments – a preschooler tying their shoes instead of having to ask dad – to the later ones. Independence is not something that turns on once a child reaches a certain age or level of maturity. It‘s a habit that builds up. It’s a form of trust in oneself, a belief in our own capabilities in the world – an „I can do it“ attitude that must be practiced and repeated to form a solid basis of the person’s lifelong personality.

Because independent children don’t turn to adults as often for help or permission, some parents might fear that an overemphasis on independence might make their child disobedient, rude, or careless. But giving children independence goes hand-in-hand with giving them clear boundaries and limits. This includes teaching and showing the child how their actions affect others; that independence isn’t aloneness, and that one of the best thing about learning to meet our own needs is that it also gives us the capacity to cooperate with, and take care of, others.

The trick is in continually growing the child’s freedom, and adjusting their boundaries, in a way that is age-appropriate: offering enough to stimulate but not to overwhelm. It’s the Goldilocks problem: the underestimated child is just as unhappy as the one who is stressed by undue demands; the child who is challenged just enough feels confident, strong and respected.

There’s no calendar stating at which age should a child be ready to do something for themselves. And before they’ll be ready to do things independently, they should have the opportunity to watch how it’s done, and then participate in it without being wholly responsible for the outcome; for instance, you will spend time showing a toddler how to pull on their shirt and helping her do it long before you can expect her to dress herself

We do, however, have a basic rule to do with children’s independence: to not interfere or offer help before it is welcome. “Never help a child with a task at which he feels he can succeed,” wrote Dr. Montessori. Even if you can see something is not going well, even if you know you could do it more efficiently (of course you could!). Sometimes it is a matter of waiting until your child is ready to ask for your help; sometimes you will see them manage and realize you underestimated their abilities. 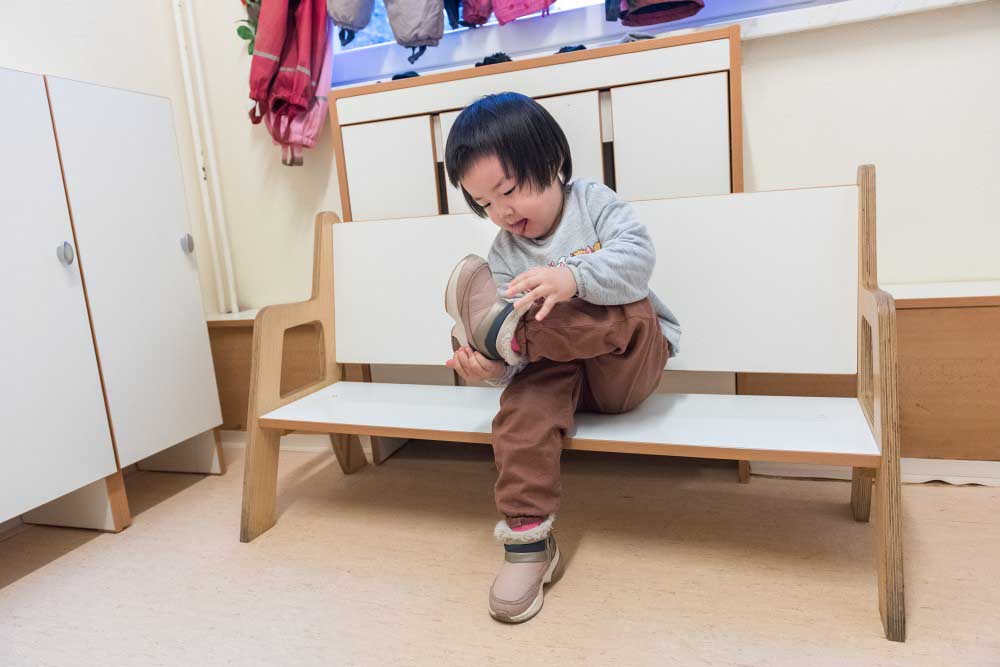 That said, some of the common acts of independence that we expect of young children are the following:

Of course,  sometimes you‘ll do something for your child even though they could manage by themselves – after all, taking care of one another is a natural way for human beings to show affection. Whether you brush your daughter’s hair or prepare your son’s lunch box for him, you are not taking away from their independence by this small act of caregiving – as long as you don’t make it a daily occurence. It is all too easy to fall into a habit of doing things for our children, so remember: independence itself is a gift and a powerful demonstration of your love.

Want to learn more? Read our next article:

IMSP TODDLERS: HELP ME TO DO IT MYSELF 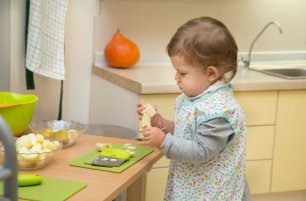 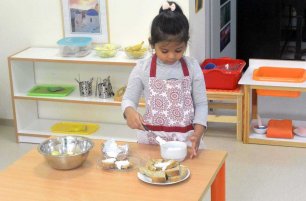 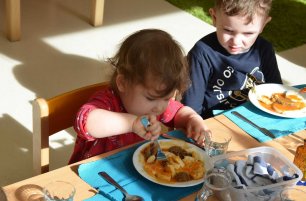 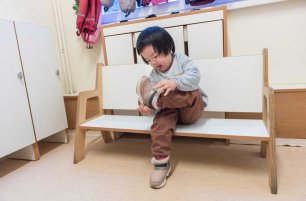 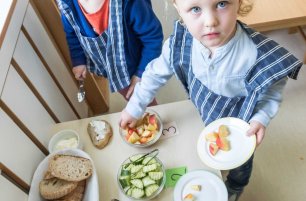 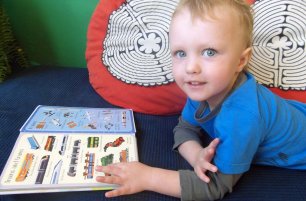 Reading from a Young Age Matters

A picture is the first content of a book that a child can „read“. Thanks to pictures, a child can understand a story without knowing how to read, interpreting the main figures/animals, the environment, and the situations from the visuals. From illustrated facial expressions and body language the child can also tell emotions.  Enjoying a good book raises a love and passion that is necessary for prereading skills. 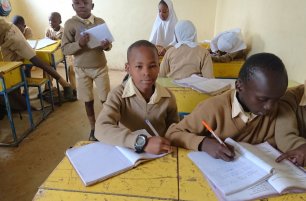 A few minutes with Abdul from Kenya

We "made a trip" to Africa to ask our adopted schoolmate Abdul how he is doing. 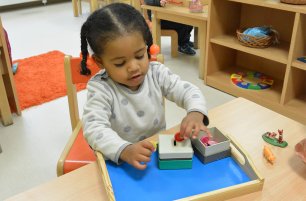 It's a Long Journey But Worth It

Every morning, with any luck, a very enthusiastic and volume‑charged toddler and I make the 45 min… 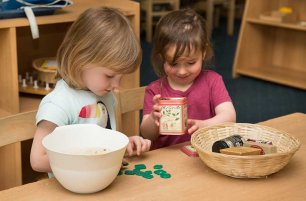 Mentorship in our classrooms: Why Mixed Ages Work

Have you ever noticed the mixed-age classrooms in a Montessori school and wondered why? This is a specific design that allows younger children to benefit from having older peers as role models and mentors and enables older children to step into leadership roles. This model mirrors real-world experiences where people of different ages work together and learn from each other. 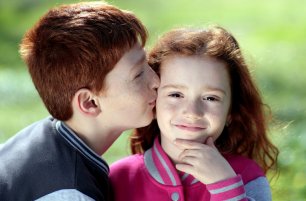 What does Grace and Courtesy look like in practice?

The purpose of the Grace and Courtesy curriculum in Montessori is to offer our children the best possible assistance on this path. Explaining and modeling clearly, we share the most harmonious ways of behaving, relating and communicating, and help children practice and master them. Step by step, from the simplest skills (like saying “excuse me” or shaking hands) children build a “vocabulary” of actions that allows them to act appropriately and feel confident in social settings. How do we actually practice it in particular age groups?